Next up…Friday the 13th of March!

Join the Zombie Escape Mud Run on May 2nd! Info>>

The Best Haunted Trail in NC

The best haunted trail in North Carolina will open for the 2018 season on Sept 22nd. Tickets go on sale Sept 1st. 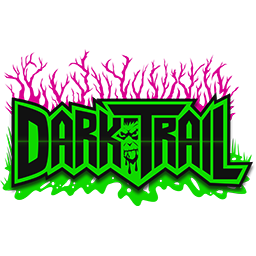 Born in 2011 as the Dark Walk, this fan-favorite has graduated to legendary status as the DARK TRAIL.  The signature rope on both sides of the trail remains, but that’s the only way this haunted attraction resembles its earlier iteration. As the story goes, Doomsday Preppers set up a compound in the woods and started recruiting other whack-jobs to help the work of preparing for The End.

Those on the ground could do little to avoid the bio weapon, which caused irreparable neurological damage to the entire pack. The only thing more gnarled and twisted than their bodies are their minds. Avoid contact with them at all costs as you wander through The Bunker, Cave, Bus, Barn, House and Swamp. And when you’re staggering along in sheer darkness, you’ll never know if you are in the clear, or one step away from your worst nightmare.

Scare Rating: 4 out of 5 skulls

AS FEATURED ON WRAL

The Out & About team came to The Haunted Forest, and almost didn't make it home! HERE'S THE VIDEO

$199 for up to 16 players.  Best value in the Triangle, and not just for kids! Wireless A4 Replica Guns. 100% Private Sessions. Free Picnic Area. More Info